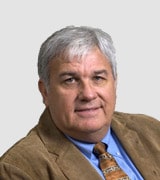 Alabama Governor Bob Riley has appointed Jim Farrell, President of Blastcrete Equipment Co. in Anniston, Alabama, to the Alabama Iron and Steel Council. With the completion of the ThyssenKrupp plant in Mobile, Alabama is expected to become the second largest steel producer in the U.S. by 2010.

“The Alabama iron and steel industry is not only one of our state’s most historical industrial enterprises but each year grows in national scope and importance,” said Gov. Riley. “This council was formed to make sure that Alabama continues to be the predominant force in a sector that literally drives the national economy.”

“It’s truly an honor to have been asked to serve on this important business development council,” said Farrell. “The future growth of the state’s steel industry will heighten Alabama’s profile nationally and internationally.”